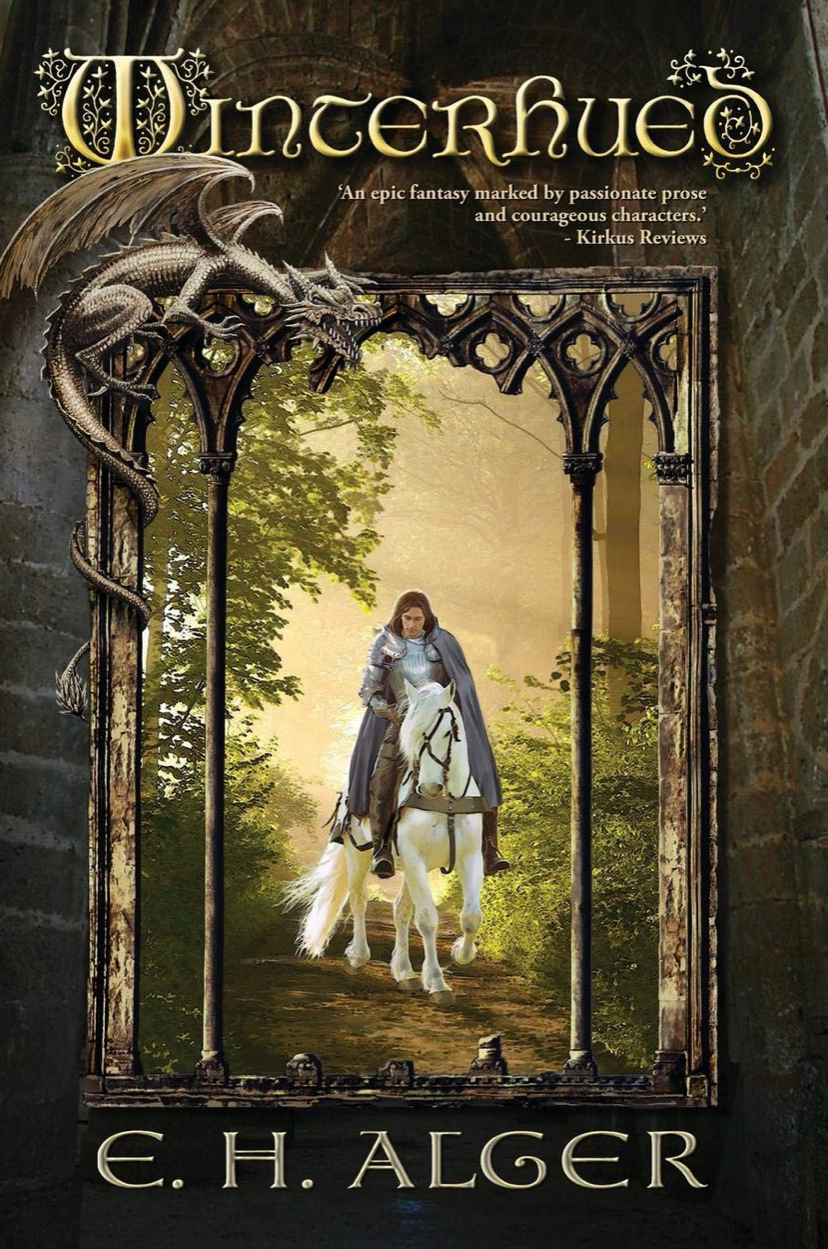 IN A LAND on the edge of all that is known dwells Princess Winterhued - erudite, beautiful, broken-hearted.

The heir to her father's kingdom and raised to be queen, she is troubled by terrifying dreams and now finds the half-demented king turning against her.

Slimy sycophants whisper in his ear, persuading him that a 'mere woman' is incapable of ruling, and now he ogles the princess's ladies-in-waiting and boasts of begetting a male heir.

But Winterhued' s fears become as naught when a vast and ancient being comes flying on dread wings to lay siege to Castle Lawhill. Trailing fear and slaughter, it traps Winterhued and her people within the broken walls.

The princess strives to save her subjects, but it seems the only one courageous enough to help her is the lowliest servant-boy in the castle.

Yet from the east, riding across wraith-haunted Iron Crag, comes a nameless knight, exiled and condemned, and a horned creature follows him, silent as moonlight...
'Lavishly conceived and vividly described, Winterhued brings to life all that is intriguing and picturesque about medieval life subtly interwoven with magic, romance and a dash of poetic wistfulness. Alger's debut novel
is a triumph!'
- Cecilia Dart-Thornton, author of The Bitterbynde Trilogy.

‘In her debut, Alger evokes dreamy classics, such as Lord Dunsany’s 1924 novel, The King of Elfland’s Daughter, while blessing her characters with a modern wit that lets them stand beside figures created by Neil Gaiman. Fantasy fans will consistently enjoy the lyrical prose...
An epic fantasy marked by passionate prose
and courageous characters.’
- Kirkus Reviews

‘Winterhued by E H Alger is a tale in an epic tradition. Writing in beautiful lyrical prose, Alger has succeeded in creating a world of rare beauty...
No book I have read recently has given me greater joy than Winterhued.’
- Elise McCune, author of Castle of Dreams.

‘The author writes with a poetic beauty and draws the reader to the climax. There is enough mystery in the plot to surprise the reader with its twists. Well written, this fantasy tale is fascinating and woven with trust, despair, spite, anger, and hope... I would willingly read any work from this author, confident I would enjoy it.’
- Peggy Jo Wipf, for Readers’ Favorite